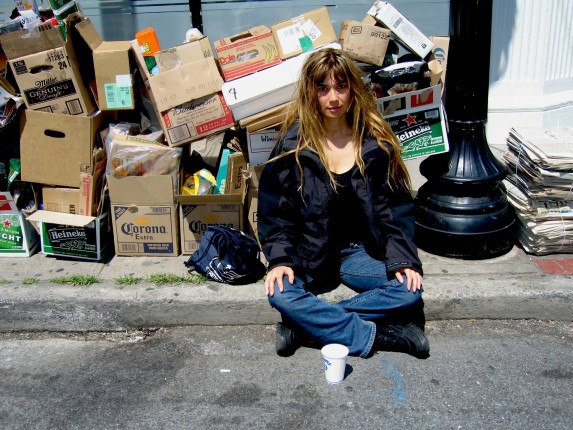 For one long weekend I wandered the streets of a strange American city without shelter, money or phone. I saw the misery and despair I expected, but also experienced freedom, raw intimity and even a tiny crush.

(scroll down for Dutch translation) Four years ago I saw a documentary called ‘Home Street Home’ in which American Zen master Bernie Glassman and a small group of people spent a week eating, sleeping and begging in the streets of New York. I immediately put ‘Zen street retreat’ on my list of things-I’ll-never-EVER-do, right there with bungee-jumping. I guess it had to do with a primal fear of losing everything and the shame surrounding that. But to be honest, I have also never been particularly fond of homeless people. They don’t always smell too good and remind me too much of my own dark side, my faults and weaknesses. I often simply look the other way. During Bernie’s ‘Street retreat’ there is no looking way. Without cash, knowledge or contacts you are completely dependent on the street and its inhabitants. The unpredictability of the situation is your teacher, according to the 67 year old former NASA engineer. The goal? To cultivate compassion: ‘Com-passion literally means suffering with,’ the Zen master says in his book Bearing Witness. ‘The retreats are so overwhelming that you can no longer protect yourself from the suffering that you are confronted with. And from that compassion comes the urge to help.’ I have meditated on mountain tops and in isolated monestaries. But can I sit quietly surrounded by needles and empty crack vials? I sign up for a long weekend on the streets.

‘Homeless man (53) dies of stab wounds.’ ‘Homeless man (24) saved from river after suicide jump from bridge.’ Welcome to Springfield, capital of Massachusetts, where homeless people make headlines on an almost daily basis. ‘You homeless people are a big, big problem,’ says the police officer who chases us from the steps of the city hall. Our group consists of ten ‘normal’ people who haven’t washed nor shaved for a week, as part of the preparations. We are wearing old clothes and are carrying only an empty water bottle and a plastic sheet to sit and sleep on. There’s a toothbrush hidden in my small backpack. But it turns out I’m not the only one who smuggled something along; I see three cigars sticking out of Bernie’s chest pocket. He hands out maps and the locations of soup kitchens where we will meet a few times a day. He explains what we will do: meditate, wander around aimlessly, make contact with other homeless people and beg. ‘For more than 2500 years Buddhist monks have been begging for their meals. They accept everything they receive with grattitude, even rejections and rude comments,’ the Zen teacher explains. ‘That’s how you learn to be grateful for everything life has to offer, both the good and bad things.’ I decide to start out collecting cans and bottles for money.

We have lunch in a soup kitchen; sloppy Joes with ketchup, keylime pie and overly sweet coffee. “There’s plenty of food here, Goldilocks,” says Joe, a very tall Vietnam vet with a collection of menacing tattoos. Bernie offers him a cigar. The average American homeless person doesn’t have an empty stomach. He does, however, seem to have a hungry heart. A boy who’s been staring at me all throughout lunch is waiting for me outside. He has dark curly hair, beautiful but sad brown eyes and is wearing spotless khakis and a white shirt. (how can they be spotless? After only a few hours I’m covered in dirt!) With my unwashed hair I don’t feel particularly sexy, but Michael from Puerto Rico (24) is lonely. ‘Just two months ago I still had three cars. I usually drive big trucks,’ he says and I nod. I’ve already grown used to the fact that here, people’s stories about themselves keep changing. The only constants are the tattoos with the names of (ex-)lovers, parents and children. ‘Where are you off to now?’ Michael asks when I start to walk away. I would love to say: ‘Home, for a nap.’ After only half a day on the streets, I could really use some quiet space for myself.

‘Here Sweety, for you. I’ve already made 20 dollars today.’ A young, wired man with tattoos in his neck hands me a plastic bag filled with empty cans and walks into the church for dinner. Amongst the junkies, alcoholics and psychiatric patients are entire families lining up. Michael is upset. He begs me not to spend the night at the park. ‘Someone got killed there last night!’ I have to admit that I’m pretty scared myself, but we don’t want to claim too many precious shelter beds.

I’m laying on my plastic sheet in the park, in the pitch black darkness, together with one half of our group. (the other half changed their minds and decided to sleep in the shelter) I feel giddy, not so much because of my nerves, but because I feel strangely relieved. Here, in this dangerous spot, with people I’ve only met today, I surrender to the circumstances. And that is more liberating than I ever could have imagined.

It’s pouring, and we’ve seeked shelter under a bridge. My throat hurts. I wonder what it’s like to be sick on the streets.

The lack of sleep makes me feel extra vulnerable. When I walk out of the soup kitchen after breakfast, a broad shouldered guy blocks my way. ‘I heard you slept in the park last night. I can arrange something for you, if you know what I mean.” I quickly turn around. I have seen quite a bit of sex on the streets (I estimate that about half of the women sell their bodies every now and then), but not a lot of tenderness. I could actually use a hug myself. Joe, the Vietnam vet, has looked me up to bring some cigars for Bernie. He takes one look at me and puts his arms around me.

At a hip coffee spot I feel like Andersen’s ‘girl with the matches’ when I watch my ‘old’ life through the window. This is where I usually hang out with my laptop or my friends. I take a deep breath and walk in with an empty cup. The man behind the counter raises his eyebrows when he sees me, and then proceeds to ignore me for almost ten minutes. I’m starting to sweat and am about to walk away when he grabs my cup and fills it with coffee. ‘I don’t usually do this,’ he says, sternly. After that, begging becomes easier. 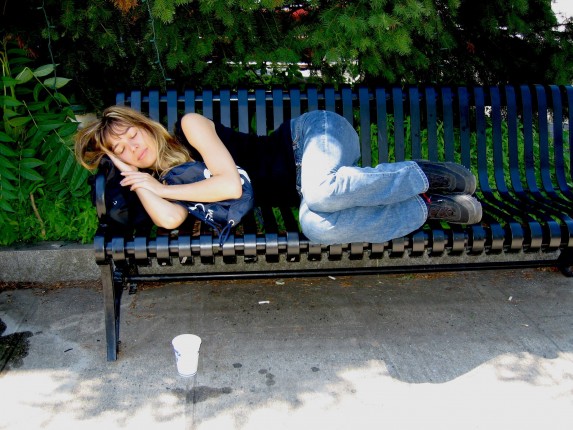 After lunch I’m trying to have a quick nap on a bench by the river. I feel someone is watching me. Michael has found me. He starts to tell me about his 19-year old girlfriend who is pregnant with their first child and who lives in a women’s shelter, about his mother who wanders the streets and his brother who is addicted to crack. He points at a tall bridge. ‘Two weeks ago I jumped off that bridge. It made the papers.’ I believe him this time.

While I’m brushing my teeth in the restrooms of a hip bar, a group of girls walk in, all dressed up for a night out. I smile at them, but they look away, with a mix of shame and pity. ‘I’m not a bum, I’m one of you!’ I want to yell. In the mirror I see tears in my eyes. And I realise that it’s not so much me who is sad, but the person they think I am.

We sleep on cots in the gymnastics hall of a former jail. (we’ve been assured there is plenty of room). At eleven o’ clock the doors are locked. Every now and then someone screams. Nobody seems to notice, they are used to it. But also: when you lie together so closely, you have no choice but to accept each other.

The ‘bagladies’ are the first ones in the shower. Hmm, another prejudice out the window. Kate, who was lying next to me, wet her bed several times during the night. She has open sores on her arms and legs. A few days ago I would not have been able to overcome my aversion. Today however, I help her put on her socks and sneakers. She suffers from diabetes and has no health insurance. Her fingers are too swollen to dress herself. When she asks me why I’m here, I tell her: ‘To learn.” She wants to know what I’ve learned. ‘That living on the streets can be very hard,’ I tell her, and at that moment she starts to shake and cry. Something inside me breaks. Is this compassion?

During a service at the Baptist Church, Michael gets thrown out for talking to much with me. I know I’ll never see him again. I feel guilty and helpless. I know I will miss him. ‘What are you guys?’ a tall black guy asks me afterwards. ‘Street tourists?’ I start to laugh. ‘That’s exactly what we are!’ I say.

Since I left the streets, I have donated money. I have sent long letters to Michael and other street friends through Social Services. I know I cannot help them all. But when I see them in the streets, I recognize them, because I’ve been a tourist in their ‘country’. And I will never again look the other way. 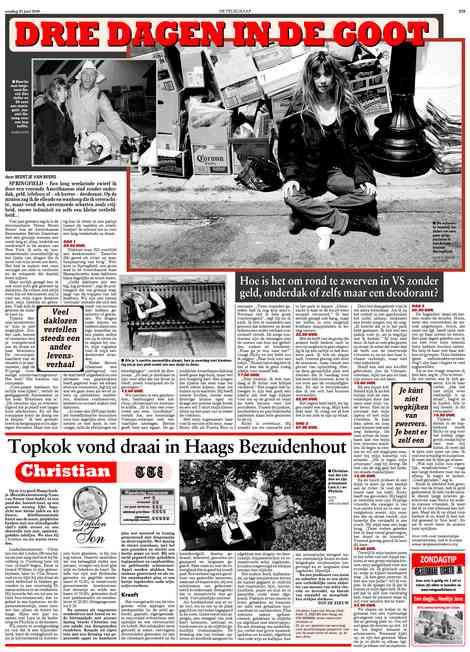 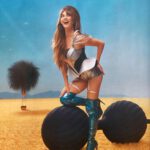 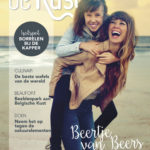 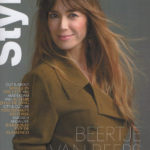 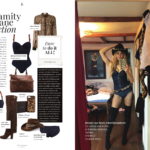 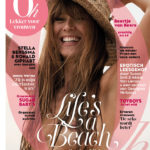